Water resources and how they are managed impact almost all aspects of society and the economy, in particular health, food production and security, domestic water supply and sanitation, energy, industry, and the functioning of ecosystems. Under present climate variability, water stress is already high, particularly in many developing countries, and climate change adds even more urgency for action. Without improved water resources management, the progress towards poverty reduction targets, the Millennium Development Goals, and sustainable development in all its economic, social and environ- mental dimensions, will be jeopardized. UN Water.Org

The tech that could make water use sustainable 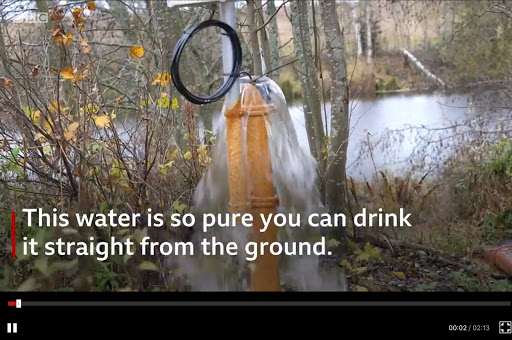 Scientists in Finland and the UK have built a computer model that visualises what water is doing underground in real time. They hope the new technology will help water companies extract groundwater sustainably and give a voice to people like farmers, who rely on the groundwater for their livelihoods.

Niko Putkinen, a senior scientist at the Geological Survey of Finland, and Holger Kessler, from the British Geological  Survey, explain how the system works. 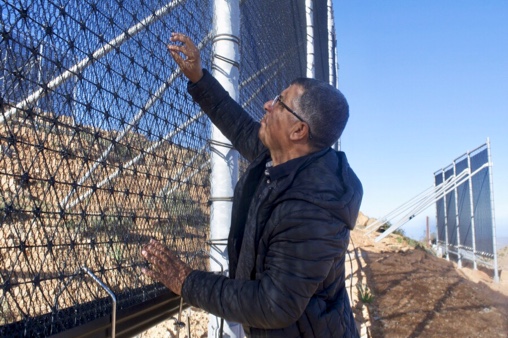 Dar Si Hmad opened a water school, where young boys and girls learn about the fundamentals of water management, irrigation and sustainability.

And community members say they're happy to now have the opportunity to send their kids to school instead of sending them to get water.

“My kids think about nothing but their studies,” says Nsoda Bokhilfa. “They don’t have to think about getting water.” Read More 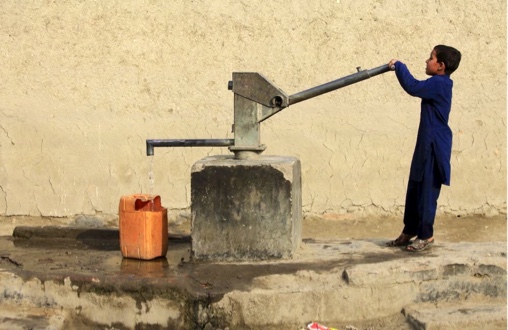 Only a few other countries, most of them war-torn places like Syria and Gaza, have experienced similar reversals in providing clean water to cities. And while the causes of Pakistan’s water crisis are complex, the country’s political instability has played a key part. Pakistan is urbanizing at a rapid rate of over 3 percent annually—the highest rate in South Asia. The causes of this fast-moving urbanization are deeply troubling, with climate change and the fight against Muslim extremists acting as key drivers. Given this ever-quickening tide, Pakistan’s cities have had trouble providing basic services, including housing and water, to new urban residents.

But the problem is worse in the water sector because rampant corruption and mismanagement keeps prices high and coverage rates low. Because Pakistan’s cities can’t keep up with growing water demand from new residents, many urban-dwellers are forced to buy water from private tanker trucks. Read More 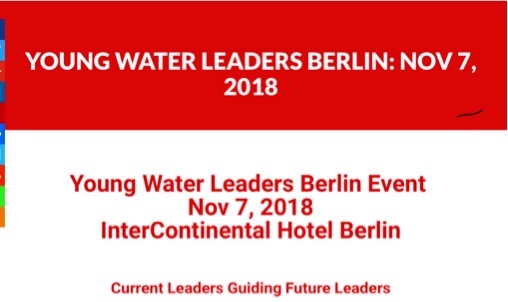 Welcome to the Young Water Leaders Berlin Event which connects current leaders with future leaders to ensure a water-secure world for today’s and future generations.

Young Water ​Leaders Berlin ​is the first ​major event to ​bring current ​and future ​leaders ​together to ​build a water-​secure world.​ ​

A Landmark California Plan Puts Floodplains Back in Business 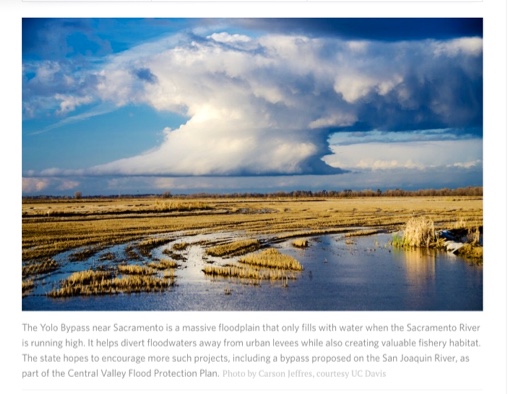 SOMETHING MONUMENTAL HAPPENED on August 25 in California water management that received almost no media attention: It became official policy to reconnect the state’s major rivers with their floodplains.

The action by the Central Valley Flood Protection Board, an obscure panel appointed by the governor, clears the way for the state to embrace projects that allow floods to recharge groundwater. This could include projects like breaching levees, building setback levees and creating flood bypass structures so rivers can inundate historic floodplains for the first time in a century.

In short, it means rivers must no longer be confined within levees as a standard practice.

The result could be not only reduced flood risk, but reviving severely depleted groundwater aquifers, restoring wildlife habitat and improving the capabilities of existing water storage reservoirs.

The state calls these “multibenefit” flood-control projects, said Mike Mierzwa, chief of the office of flood planning at the California Department of Water Resources. They’re a major focus of the Central Valley Flood Protection Plan, a massive policy document the board adopted at its August 25 meeting.
Read More 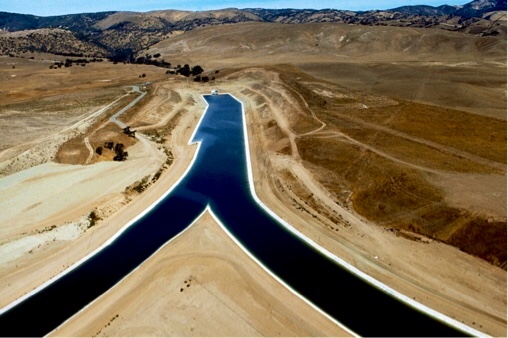 Despite a ​lack of VC ​funds, ​there’s a ​steady flow of ​entrepreneurs. ​

The ​entrepreneur ​started ​investing in ​water tech ​startups a few ​years ago. ​Today ​he’s an ​elected member ​of Silicon ​Valley’​s ​water district , an ​agency that ​manages water ​and flood ​control ​for 2 million ​people. ​Earlier this ​year, he helped ​craft ​a proposal to build ​a tunnel under ​the Sacramento-​San Joaquin ​River Delta ​that could ​improve ​drinking water ​reliability for ​cities from San ​Jose to San ​Diego. ​

A small ​fraction of ​venture capital ​dollars ​currently goes ​into tech to ​manage or clean ​water. Analysis ​from research ​company ​Cleantech Group ​finds that ​total dollars ​and deal volume ​for water tech ​startups in ​2016 were down ​70 percent ​and 65 percent,​ ​respectively, ​from a ​peak in ​2013. Many ​water ​investments are ​now coming from ​family offices, ​corporate ​investors, and ​philanthropy. ​

But despite ​the investing ​challenges, ​there’s ​still healthy ​interest from ​entrepreneurs, ​who are ​drawn in ​by issues such ​as California’​s drought, the ​Flint, Mich., ​water crisis, ​climate change, ​and population ​growth. ​The number of ​tech accelerators ​focused on ​water issues ​jumped from 14 ​in 2013 to 26 ​in the first ​half of 2017, ​according to ​Cleantech Group.​

At the same ​time, water-​intensive ​industries ​looking to ​conserve ​resources ​and comply with ​regulations are ​increasingly ​turning to ​software to do ​so.

Silicon ​Valley even has ​its own water-​focused tech ​accelerator,​ ​ImagineH2O . The ​company began ​eight years ago ​and has worked ​with more than ​80 companies, ​including ​WaterSmart.​ ​Leveraging ​water data is ​one of the ​bigger trends ​for ImagineH20’​s companies, ​says its ​president, ​Scott Bryan. ​“​Entrepreneurs ​are applying ​what they ​learned in IT ​and biotech to ​the water space,​” he ​says. ​

Some argue ​that the ​greatest ​opportunity to ​invest in water ​is in ​industrial ​applications, ​not municipal ​water use. ​

The 50,000 or ​so U.S. water ​utilities are ​both highly ​regulated ​and ​conservative ​when it comes ​to buying and ​installing new ​technology.​ ​Gilthorpe ​of ​WaterSmart—​which does ​sell to ​utilities—​contends ​that these ​utilities are ​conservative ​with good ​reason. “​Water is so ​essential to ​life; you ​can’t ​take risks with ​it,” ​he says. ​

But even the ​market for ​managing ​industrial ​water has its ​challenges. In ​recent years, ​the oil and gas ​sectors have ​pulled back ​from buying ​tech that’​s used to ​manage ​wastewater. ​That has ​contributed to ​a drop in ​venture capital ​investment in ​water tech ​startups in ​recent years, ​say analysts ​at ​Cleantech Group.​

Some startups ​have managed to ​find buyers ​despite the ​difficulties. ​Earlier this ​year, ​Monsanto Co.-​owned Climate ​Corp. ​acquired a ​startup called ​HydroBio, which ​was using data ​to help farmers ​manage ​irrigation. ​Climate Corp. ​now offers the ​software ​to customers in ​Europe and ​plans to expand ​sales to ​farmers in the ​U.S.

Kremen has ​had more ​success than ​most with his ​water ​investments. In ​addition to ​putting one of ​the first ​checks into ​WaterSmart, he ​also backed ​Aquacue ​Inc., a leak ​detection ​company that ​was bought by ​Badger Meter ​Inc., as well ​as a water ​treatment ​startup called ​HydroNovation ​Inc., which was ​acquired by ​Taiwanese ​company ​KemFlo ​International ​Co.

Despite his ​investing wins,​ ​Kremen ​remains ​unusually ​focused on ​water policy. ​He plans to run ​for reelection ​to ​his ​district board ​seat in 2018. More

Tackling water security: Who owns the right to groundwater? 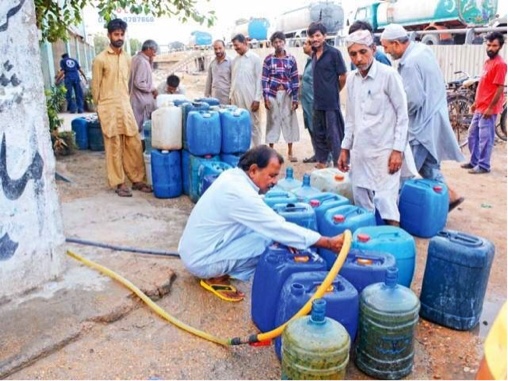 He added that the moment this amount reduces, you start getting into water stress situations, water shortages and water scarcity.

“Plant the water, as the best place to store water is underground”
“The surplus water available for Pakistan doesn’t last for more than 30 days.” He elaborated that for the rest of the 335 days, Pakistan is in a semi-drought or drought-like condition.

The PWP CEO said that for an arid country like Pakistan there is a need to have 40% surface water storage. However, he deplored that the country has only 7% storage to counter the problem. He added that this is also reducing due to sedimentation, which leaves a big question mark on the country’s water security. More 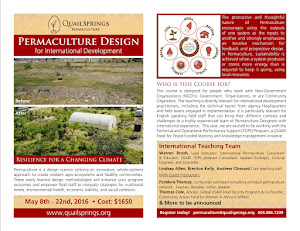